Friday the thirteenth it is hard not to be glued to the world news but TG Central has become host to a mama hummingbird, which diverted me into the world of wildlife cams. Here is the thread where you can check that out.

On the musical front, this week I was taken in by James Taylor’s autobiography at Audible, and particularly his arrangement of Jerusalem, which came into my world in 1973 with ELP’s Brain Salad Surgery like many of us into prog rock at the time.

I started today’s update with Pat Metheny’s tribute to James, and followed with Jerusalem, which he plays with a capo at the second fret. That led me into other pieces that sound better capoed up a bit. The main one that jumped into my head was John Renbourn’s Judy, and then a random stab at Hesitation Blues.

So for anybody with a little extra time on their hands, take the opportunity to play the guitar more. That’s my plan. 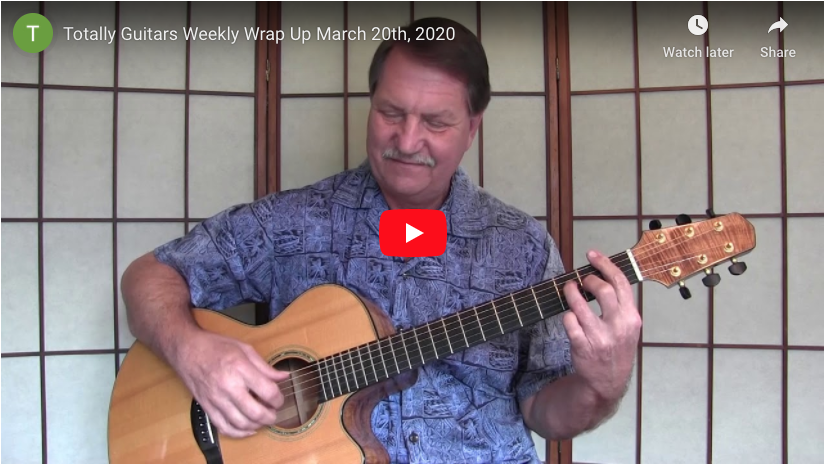