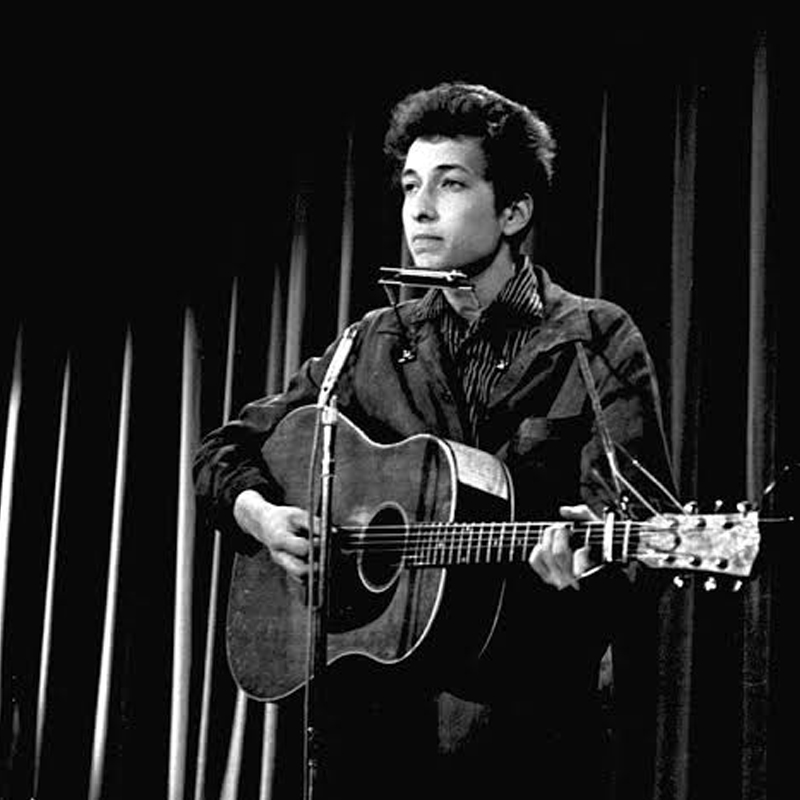 For over half a century guitar player have enjoyed playing Bob Dylan songs. His guitar parts are not usually overly challenging but he frequently comes up with compelling parts, accompaniments and arrangements. Our second set of Dylan tunes includes a few very early ones as well as a couple from his first middle period, which some people feel started with the Blood On The Tracks Album in 1975. The early lessons include Just Like A Woman, Like A Rolling Stone, and Positively 4th Street, and Simple Twist Of Fate and Buckets Of Rain are from Blood On The Tracks. Buckets Of Rain is a departure from most of his songs as it features fingerpicking in Open D Tuning. Knockin' On Heaven's Door is included as a bonus lesson, which a great song for absolute beginners.