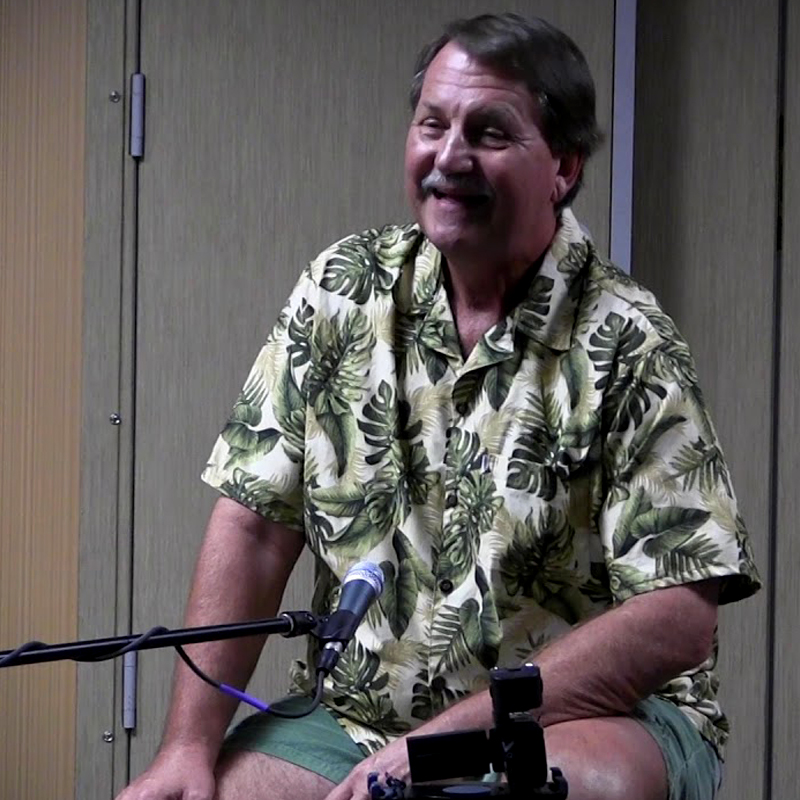 I became fascinated with instrumental guitar pieces as a young teenager (who was not comfortable with singing) when I heard guitarists like John Renbourn, Mason Williams, Jorma Kaukonen and John Fahey. I remember making up my own pieces very early, thinking anybody could come up with cool stuff. As I studied music theory through college I really became interested in writing complex, but hopefully compelling pieces. I wrote some pieces I was pretty happy with around 1985, and recorded some albums in the late 1980s and early 90s which included a few of these originals. I got a lot more serious and inspired in early 1999 after getting to know John Renbourn. In anticipation of our first concert in May 1999 I put together a few new pieces. Afterwards I combined those with some of the 1985 pieces into my first album of original compositions, On The Horizon. The creative juices continued to flow over the next few years and all of a sudden I had Cobble Creek and El Dorado done by 2002. Many of my students put considerable time into learning some of them since then, and TotallyGuitars brought a new and much bigger audience interested in tackling some as well. We now have our first 10-pack of these available, although one is my arrangement of a beautiful ragtime piano piece, that will present a big challenge to intermediate, and even advanced guitar students. I hope you enjoy them!