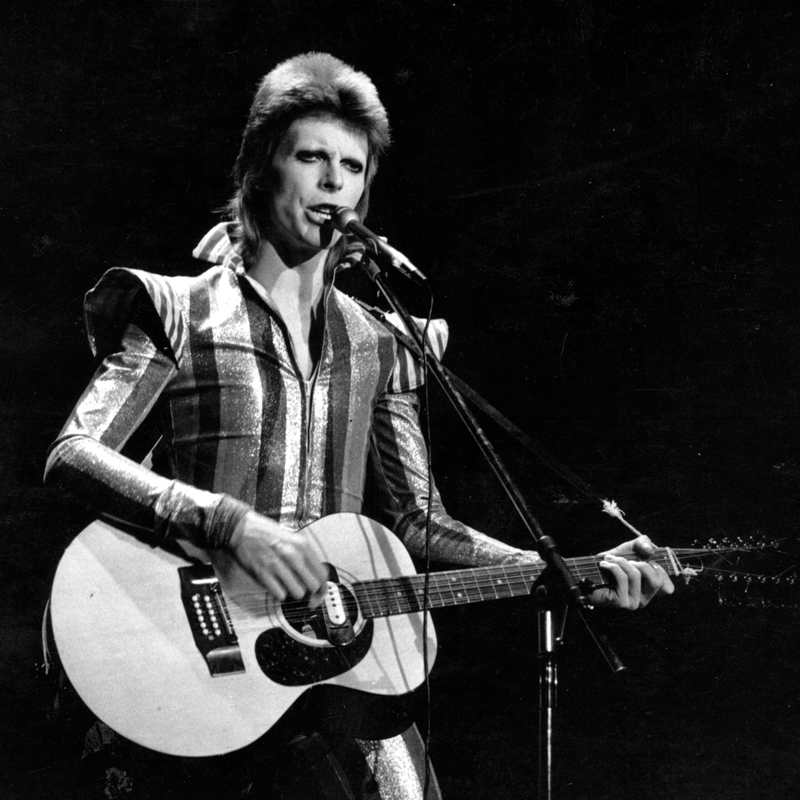 David Bowie is the creator of dozens of great songs over the last four decades. Here we offer a set of five of his early songs that are particularly guitar friendly.