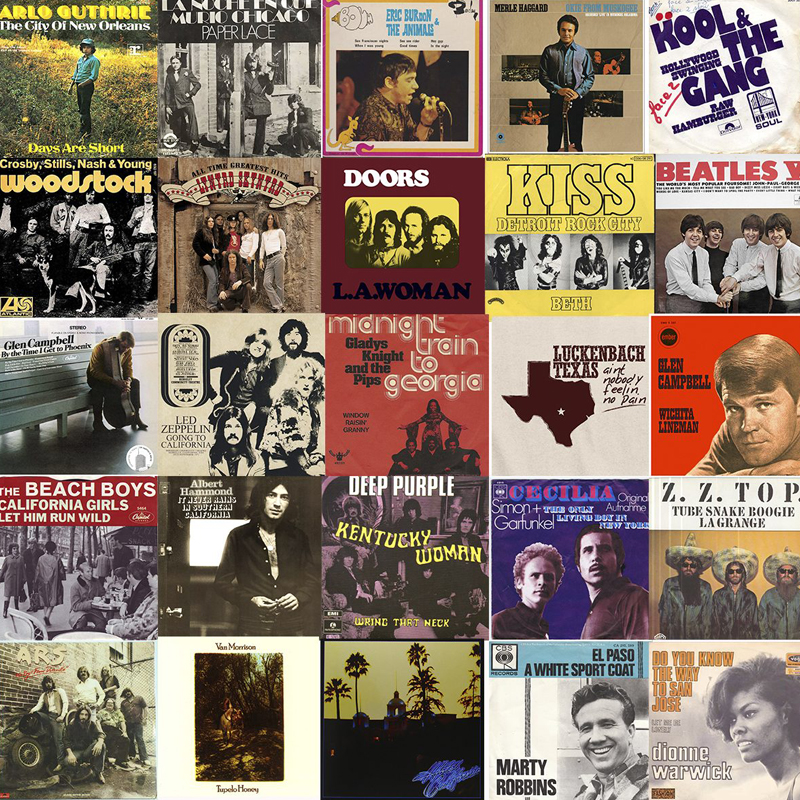 The songs of the 1960s were as diverse as the times themselves. Folk, blues, jazz, pop, and rock styles had merged and emerged into many new sounds. Some of these, combined with some non-musical influences became the Psychedelic Sound. In this package we explore a wide rang of hits from the time.