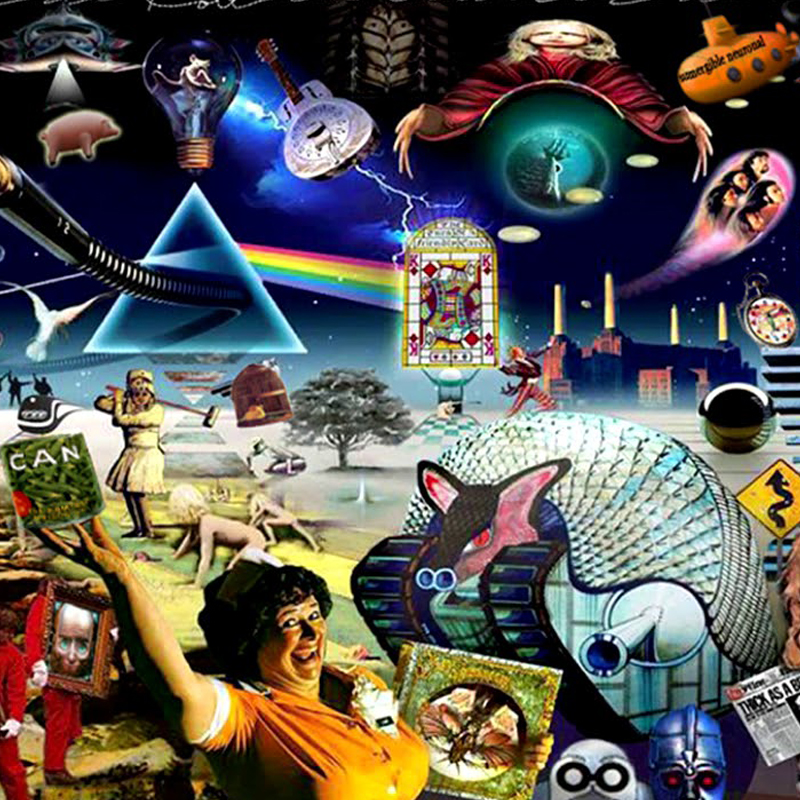 Some of the greatest music of the late 1960s and early 70s was created and produced by bands that fall into the Progressive Rock category. Some of the items that put songs in this world include- extended and experimental compositions, complex harmonies and arrangements, classically influenced themes and techniques, and frequently a high level of virtuosity on the part of the musicians. The two best-known purveyors of the style were probably Yes and Emerson, Lake & Palmer. Both featured keyboard wizardry at the hands of Rick Wakeman and Keith Emerson, dynamic bass players in Chris Squire and Greg Lake, drummers at the top of the percussion world in Bill Bruford and Carl Palmer, strong and distinctive vocalists with Jon Anderson and Lake (who was also a great acoustic guitarist), and of course Yes had one of the most astonishing guitarists of our time with Steve Howe. Other pioneering bands for the genre would include King Crimson (with Lake on bass and vocals), and The Nice, which is where Keith Emerson started experimenting with classical themes and extended solo sections. The early days cannot be brought up without mentioning Genesis and Gentle Giant, as they were also very important in the evolution of the style. Most Prog-Rock tunes feature complex layers of instruments and parts that really require a talented ensemble to reproduce but many songs have interesting and playable sections that can be done by a solo guitarist. This set of lessons contains exactly that and represents a range of different sub-genres.